Nefertiti Kimagawa is looking for a model to be in the first summer ads that will run for 3 months in Glance Magazine and BOSL Magazine. In addition, you will receive a free portrait courtesy of HoneyBear Lilliehook Photography, you will become print model for the store display vendors and blog posts released during that time, and a 3000L$ cash prize!

Rules:
-You must join the subscribe-o-matic which is in all the stores and Flickr group, if you do not join these groups you will not be considered. 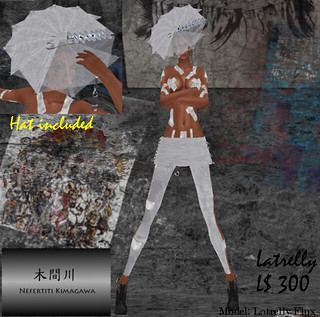 -Please send in a 1024×1024 full body and head shot of you modeling in an outfit from store, the freebies are not allowed, to the Flickr group.
-Photoshopping is encouraged, but the integrity of the outfit must remain untouched.